Secondary brain injury refers to the damage that can occur in your brain or body over a period of time following a primary brain injury. In the hours and days after an accident involving head trauma, a myriad of cellular, chemical, tissue, or blood vessel changes can develop and cause further destruction of brain tissue. Accident victims commonly suffer secondary brain injury after sustaining a concussion or other initial brain injuries. 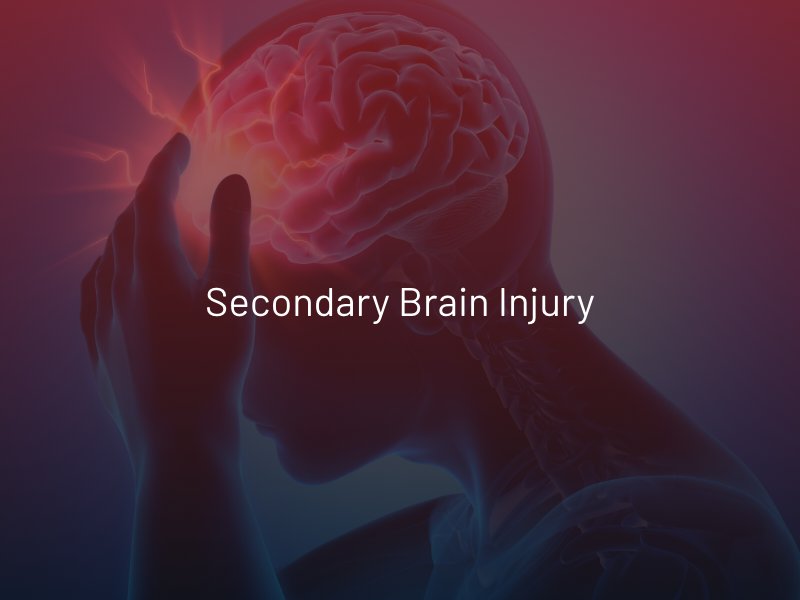 Secondary brain injury can take multiple forms and lead to severe complications, such as:

Some victims refrain from going to the emergency room after suffering head trauma if the onset of pain subsides. However, any delay in seeking treatment can increase the risk of secondary brain injury.

The Difference Between Primary and Secondary Brain Injury

A primary brain injury is an injury to the brain that occurs due to a bump or blow to the head or from blunt or penetrating trauma. During the impact, the brain crashes back and forth within the skull resulting in bruising, bleeding, and the shearing of nerve fibers known as axons.

After the initial trauma, a secondary brain injury can occur as the brain will typically swell in response. This causes the brain tissue to push up against the inside of the skull, leading to further bleeding and reduced blood circulation. If the swelling is not treated, parts of the brain can become starved of oxygen and other nutrients, leading to the death of brain cells that were initially unharmed by the primary injury.

Signs of a Brain Injury

Seek medical attention as soon as possible if you notice any of the following signs of a brain injury:

Several types of accidents commonly lead to primary and secondary brain injuries, including car and bike accidents, slip and falls, being hit by a flying object, and acts of violence.

What To Do After Suffering a Brain Injury

Medical intervention within the first 24 to 48 hours of a brain injury is critical to slowing or stopping the development of a secondary brain injury. Always visit the emergency room or call 911 after suffering a head injury.

Ask a loved one, or when you can, contact an experienced Las Vegas brain injury lawyer. Harris & Harris Injury Lawyers have more than two decades of experience advocating for brain injury victims. We will thoroughly investigate your accident and ensure you recover the compensation you need now and in the future. Contact us today.