What Are the Different Types of Negligence?

To hold another individual or party accountable in a personal injury case requires proving negligence. Negligence means there was a failure to provide the expected standard of care. However, several different types of negligence may apply. 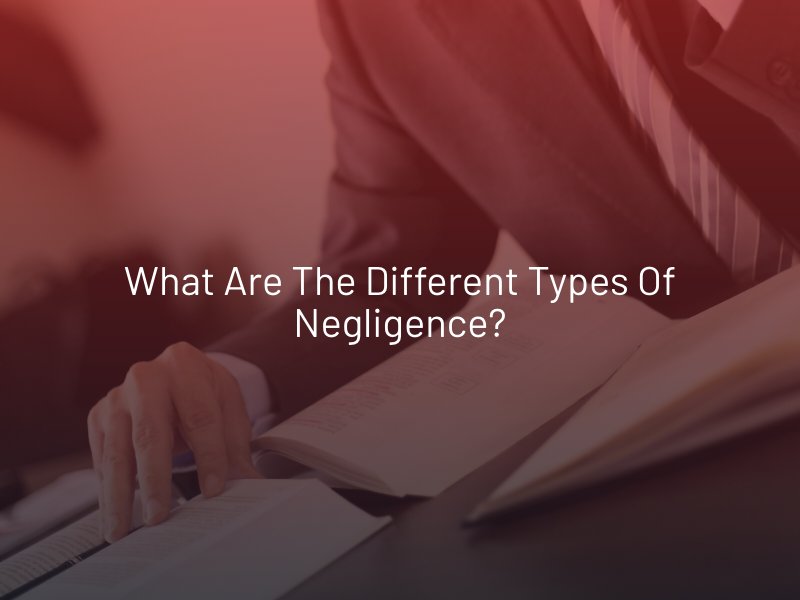 Comparative negligence laws allow an injured person to recover compensation even if they are partially responsible for the accident. In these cases, a percentage of fault will be assigned to each party involved, and their compensation will be reduced accordingly. For example, if you sue someone for negligence and are awarded $100,000 but found 30% responsible, you will only get 70% or $70,000.

Most states follow a variation of the comparative negligence rule, but there are three different types:

Contributory negligence makes it far more challenging for accident victims to recover damages. Plaintiffs are prevented from recovering compensation if they contributed to their accident in any way, even if they were only 1% to blame. Most states have adopted a form of comparative negligence since this law is outdated and harsh.

In cases involving gross negligence, defendants exhibit extreme carelessness or a reckless disregard for the health and safety of others. Gross negligence is a much more severe form of negligence because it is willful behavior. Examples include a driver speeding in a school zone and causing an accident or a surgeon amputating the wrong limb. When a defendant to a personal injury claim was grossly negligent, the plaintiff is often entitled to punitive damages, which are awarded to punish the defendant.

This form of negligence holds a defendant liable for the actions of another person or a pet. Vicarious liability is often used in cases involving:

No matter what type of negligence must be proven in a personal injury case, an experienced Las Vegas injury lawyer can dramatically increase your chances of success. They will have a thorough understanding of the state’s negligence laws and know which types apply to your case.