When a motorcyclist attempts to avoid an accident with a negligent driver but, by doing so, ends up crashing themselves, it is called a “no contact” motorcycle accident. In these cases, a driver can still be liable for the resulting damages if they are found to have contributed to or caused the motorcyclist to crash. 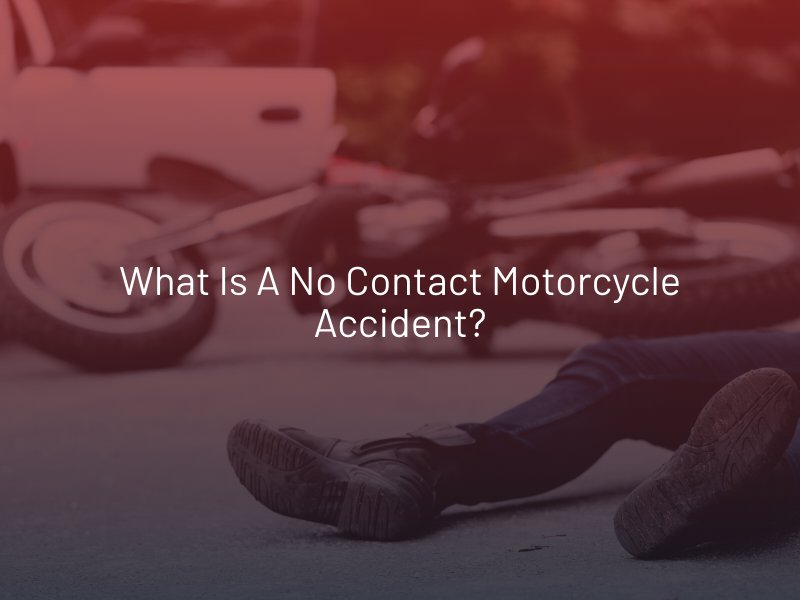 Any party can be held accountable for an accident caused by their negligent or careless actions. If a motorcycle rider is able to identify the at-fault driver, they can file a claim against their insurer or sue the driver personally for their losses. However, if the at-fault party does not notice their behavior led to a collision or simply refuses to stop, known as a phantom driver, it will be challenging to hold them accountable. If that were to occur, it is critical to contact the police, who will treat the accident as a hit and run and will try to find the responsible party. In these instances, motorcycle riders will have to rely on their own auto insurance coverage to pay for their injuries and motorcycle damage until the at-fault driver is found. If you were recently in a motorcycle accident and are unsure of how to file a claim, speak with an experienced Las Vegas motorcycle accident lawyer to explore your legal options.

Motorcyclists injured in a no contact accident are legally entitled to recover compensation for losses caused by another party. Those types of compensation can include:

But suppose the phantom driver cannot be identified. In that case, the rider will have to file a claim under their own auto insurance policy as long as they have collision or uninsured/underinsured motorist coverage. Since these types of auto insurance are optional in Nevada, their insurance policy may not cover a no contact accident. As a result, no contact accident victims can be left paying for their expenses out-of-pocket and by using their personal health insurance. If the at-fault driver is eventually found, the motorcyclist may be able to pursue reimbursement.

There are a number of ways that a no contact motorcycle accident can occur. For example:

These or any other negligent action by a driver that forces a motorcyclist to react can cause a no-contact crash.

Are Motorcyclists Ever Responsible for a No Contact Accident?

Motorcyclists can be responsible for a no contact accident if they contributed to or caused the crash. Liability comes down to negligence, and Nevada operates under a modified comparative negligence system. That means each party to an accident is assigned a percentage of fault. As long as a motorcyclist is found 50% or less to blame, they can recover compensation. However, if they were distracted, driving under the influence, speeding, lane splitting, etc., they may be more than 50% at fault for their no contact accident. In which case, they would not be able to recover any compensation from the other party.