What Is Double Indemnity?

Double indemnity is a clause commonly found in life insurance and accident policies. It is a form of life insurance that requires insurance companies to pay up to double the face value of a policy to the beneficiary if the policyholder dies of accidental causes. As a result, grieving families can be provided with a range of benefits after the unexpected loss of a loved one. 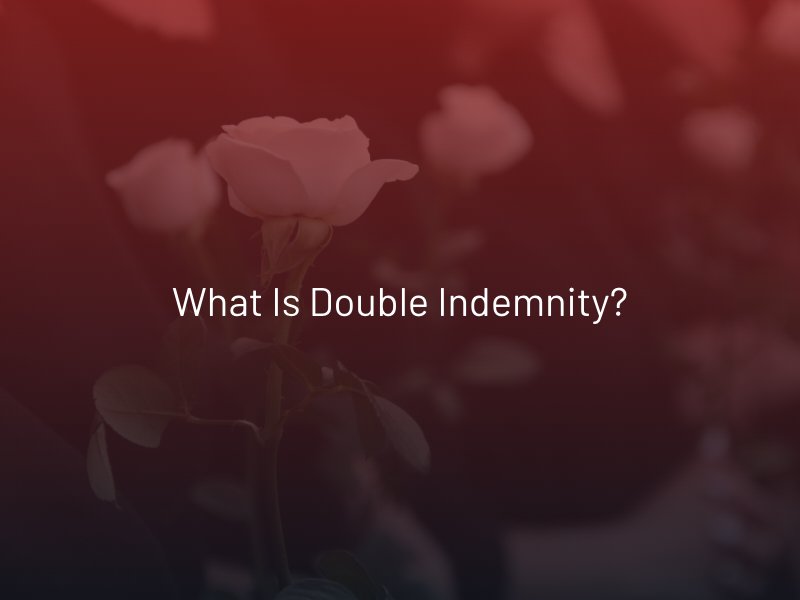 What Qualifies as an Accidental Death?

To qualify for double indemnity benefits, the surviving beneficiary must prove their loved one’s death was accidental. Insurance companies can have varying definitions for accidental death. However, they commonly include intentional acts of violence or preventable accidents caused by a third party’s negligence. For example:

Most policies will only cover deaths that occur within 365 days of an accident. To establish a death as accidental will likely require evidence, such as a police report, coroner’s report, toxicology reports, eyewitness statements, expert witness testimony, and medical records. An insurance company will rarely rely on a death certificate alone, even if it classifies the death as accidental. Once enough documentation is submitted, and liability becomes clear, the insurer must pay the double indemnity claim promptly, but the investigation can remain ongoing for quite some time.

When a Double Indemnity Claim Will Be Denied

Double indemnity claims are evaluated on a case-by-case basis, but the insurance company will deny it if the death was not accidental. For instance:

However, it is important to keep in mind that insurance companies are motivated by profits. Therefore, they will often do everything in their power to limit liability and minimize payouts on claims. Life insurers offer double indemnity policies because they believe they can make money from them since few claims are approved. As a result, the insurance company may manipulate policy language in an effort to deny a valid double indemnity claim.

What To Do if Your Double Indemnity Claim is Wrongfully Denied

Many beneficiaries are distraught by the loss of a loved one, and the thought of fighting a life insurance company over a denied claim can be unbearable. In these situations, a Las Vegas wrongful death attorney can help. They have a thorough understanding of the types of tactics used by insurers to avoid liability. In addition, they can utilize their resources to investigate the death of your loved one and gather evidence that it was accidental to ensure the insurer pays you the amount you are owed.