What is Arbitration in a Personal Injury Case?

When pursuing a personal injury case, you have the option to attempt to resolve your lawsuit through arbitration instead of the courtroom. Arbitration is a form of alternative dispute resolution, often used if a settlement cannot be reached. 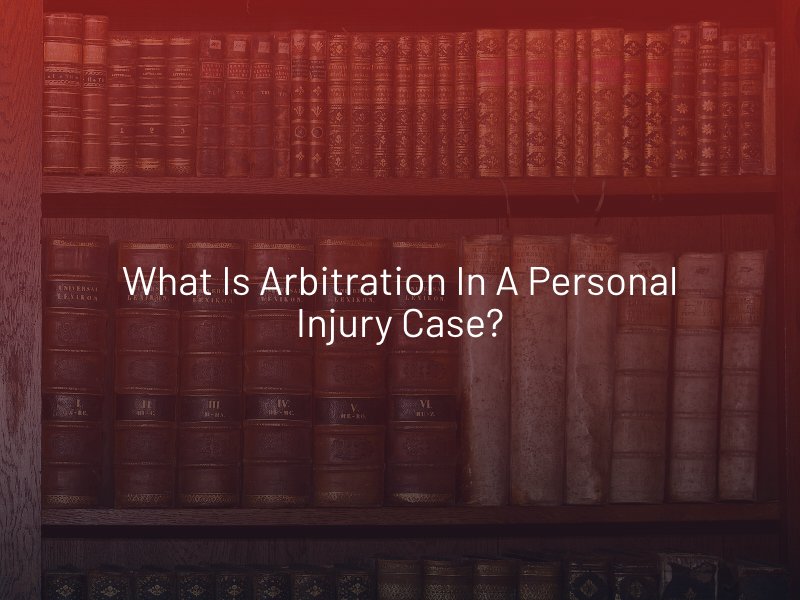 The plaintiff (victim) and defendant (at-fault party) will decide on an arbitrator and meet with each other and their respective attorneys. The arbitrator is a neutral third party and is usually a retired judge or experienced lawyer. These meetings are informal but similar to the process of a jury trial:

Each side’s attorney will make an opening argument that states the nature of the claim and their desired outcome.

Both parties will present their case, including tangible evidence and testimony—for example, photographs, medical records, and witnesses. The arbitrator will review the evidence as they hear it.

Just as in a trial, each side will give closing statements that touch on the evidence presented.

The arbitrator will decide the case and the amount of damages to be awarded. Sometimes, an arbitrator will request additional documentation if necessary. However, their decision can take a couple of weeks, and you will receive it in the mail.

If the arbitration is considered binding, the arbitrator’s decision is final, and there is typically no option for an appeal. In non-binding arbitration, the parties have a set period of time to reject the decision.

Pros and Cons of Arbitration

Arbitration has its advantages and disadvantages.

Should I Try Arbitration or Wait for a Trial?

Every case and situation is different, which is why before you decide, you should talk with an experienced Las Vegas personal injury lawyer. Arbitration can be helpful in different ways, but sometimes it is worth the time and expense to go to court.