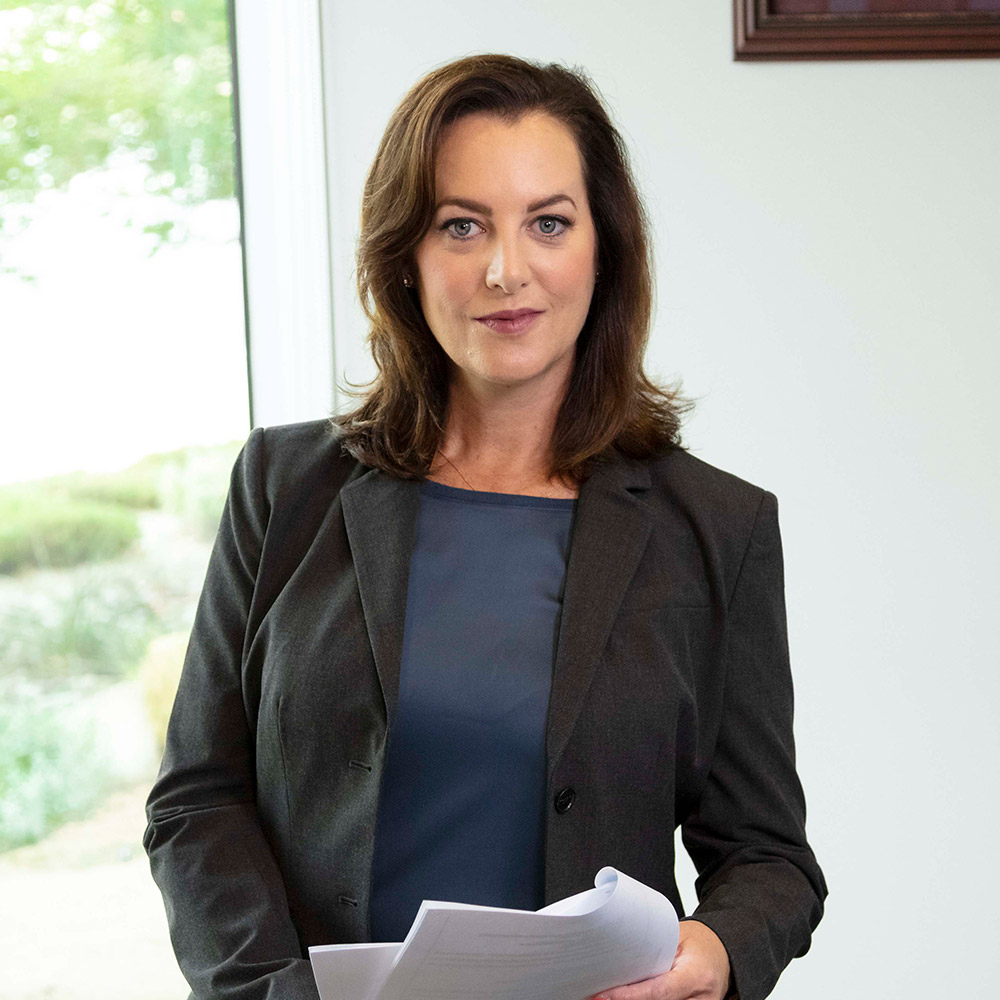 Partner Heather E. Harris is a Partner with Harris & Harris Lawyers. Heather was born, raised, and educated in California, but has made Southern Nevada her home.

Heather was raised in Northern California and graduated from Lodi High School in 1993. In 1997, Heather completed her undergraduate education early and received a Bachelor of Arts in Environmental Studies, with honors, from the University of California Santa Barbara. As a result of her academic achievements, Heather was awarded a scholarship and chose to attend the University of the Pacific McGeorge School of Law. Initially, Heather planned to focus her legal career on environmental law, but that changed after working at an on-campus legal clinic helping indigent clients. As a result of her experience, Heather developed a new plan for her career: helping injured people.

After graduating from McGeorge in 2001, Heather started her career in Las Vegas and was determined to gain litigation experience with top-rated lawyers as her mentors. Heather secured a position as an associate attorney for a prestigious regional law firm. She spent the first few years of her career honing her litigation skills by managing a large caseload for numerous corporate clients. Her experience handling civil cases in both State and Federal Court proved invaluable and provided a solid foundation for her future as a tenacious litigate. Although she enjoyed success in this position and sharpened her skills as an advocate, Heather decided to move on when she was contacted by the City of North Las Vegas to work as a deputy city attorney. She loved her new position, but quickly found she missed litigation. In 2006, Heather decided it was time to get back to helping individuals and she began the next phase of her career working for Harris Schwartz.

In 2008, Heather and partner, personal injury lawyer Brian K. Harris, formed their current firm, Harris & Harris Lawyers. Since the beginning of Harris & Harris Lawyers, Heather has been exclusively committed to representing injured victims. She meets with her clients personally and they know she is working every day to get the results they need and deserve.

Heather has successfully litigated hundreds of cases in Nevada. She is an active member of the State Bar of Nevada, the American Bar Association, the Clark County Bar Association, and is a sustaining member of the Nevada Justice Association. She is also a sustaining member of the Multi-Million Dollar Advocates Forum; an organization that recognizes trial lawyers throughout the United States who have achieved Multi-Million Dollar verdicts and settlements. Recently, Heather was also recognized for her consistent successful results by being named one of the Top 40 Lawyers under 40 in Nevada. She has also served as a Member of the Board for Neighborhood Housing Services of Southern Nevada, an organization that assists low-income families to find housing. Heather has made numerous television and media appearances to promote safety awareness and provide legal tips to the Southern Nevada community.

Heather loves being a trial lawyer. As she learned early on, Heather believes there is truly no satisfaction like winning for an injured person who needs her help. She states, “as a trial lawyer, there is no greater feeling of success than when clients thank me for standing up for them and getting their lives back. That is my goal every time. I will always stand up for injured victims.”

When she is not busy with her law practice, Heather loves spending time with her husband and their two sons.