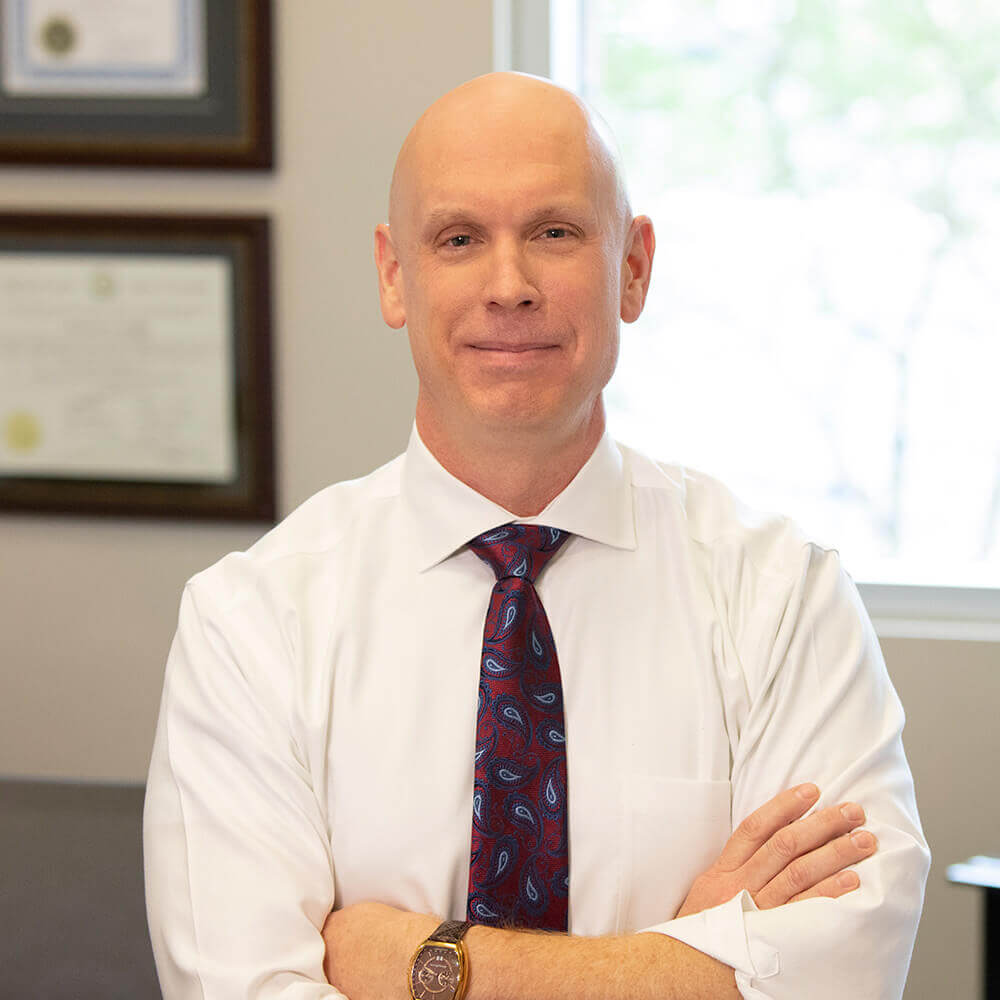 Attorney After graduating with his Juris Doctorate from the University of Missouri at Kansas City in 1999, Chris began a career in human resources and administration.

After graduating with his Juris Doctorate from the University of Missouri at Kansas City in 1999, Chris began a career in human resources and administration. After several years away from the practice of law, however, Chris realized the best way to help those in need was to advocate for them in the courts. Chris began practicing law in 2007, concentrating his practice on the areas of Personal Injury and Consumer Bankruptcy.

Chris joined Harris & Harris in April 2014, to focus his practice in the area of Personal Injury. Being the product of a blue-collar family, Chris is a strong advocate for the common man and welcomes the opportunity to fight for his clients against the big insurance industry.

Chris is the proud husband of his wife of 16 years and proud father to their four-legged family. In his free time, Chris and his family spend as much time as possible in the great outdoors.